Although he toyed with the idea of becoming a pilot or a firefighter, Nate Weis’ decision to pursue winemaking seemed almost inevitable.

A Napa Valley native whose father is also a winemaker, Nate grew up with wine on the table and a drawer full of T-shirts emblazoned with winery logos. His first job after graduating with honors from UC Santa Barbara with a Bachelor of Science in Biopsychology/Neuroscience was as a “cellar rat” at Groth Vineyards & Winery. “My dad suggested I make sure I actually liked winemaking before heading down that career path,” Nate says. “I loved that first harvest, so I packed my bags, dropped my application for UC Davis grad school in the mail and went off to Hawke’s Bay, New Zealand.” 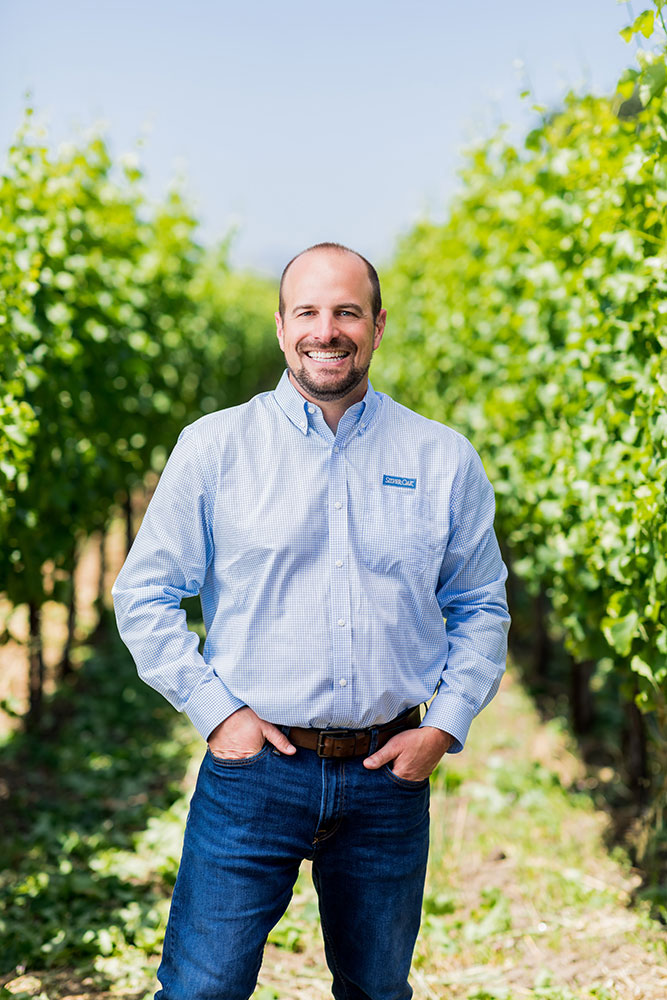 Nate spent the 2003 harvest at two New Zealand wineries—Craggy Range Winery and Sacred Hill Wines—and when he returned home, he worked a harvest for Etude Wines before starting his graduate program. After earning his Master of Science in Viticulture and Enology, he was hired as cellar master at Etude, and then spent two years as assistant winemaker for Patz & Hall Wine Company. In 2008, Nate was hired by Marchese Piero Antinori to be winemaker for Antica Napa Valley, where he made Cabernet Sauvignon, Chardonnay and Merlot. He also served as winemaker for Aril Wines in Napa, a small ultra-premium producer of Cabernet and Syrah.

By the time Nate joined the family of Silver Oak in 2014, he had a long list of things he liked about winemaking: “I love the uniform of jeans and boots. I love the physical nature of the work, coming home covered in muck and tired out from working hard. I love the setting and getting to play with heavy equipment; one of my best memories is a harvest spent on a tractor spreading out pomace in the vineyard and watching the sunset. And I’ve grown to love the plant biology part of it, figuring out how to get the vine to do what we want it to do. It’s like unraveling a mystery. And of course I love the end product. I often see people when they’re happiest—at a great meal with a glass of wine in their hand.”

During his first two years, Nate trained under Silver Oak Director of Winemaking Daniel Baron, who retired at the end of 2016. “Daniel was a great steward of Silver Oak, much like Justin Meyer before him. I hoped to continue this tradition, while also putting my stamp on the winery to some extent,” Nate says. “Here, we all think that wine tends to reflect the people and personalities behind it—even in the smallest of ways.”

Today, Nate is responsible for managing the winemaking teams at not only Silver Oak but also Twomey, OVID Napa Valley and Timeless Napa Valley. In his role as VP of Winegrowing, he oversees wine production from grape to bottle and serves as an ambassador for the family of Silver Oak.

Nate earned his Executive MBA in Wine Business from Sonoma State University in 2014. He is married and has four children. What little free time he has is spent playing rugby, reading and running—most of which he documents on Instagram.